Mobile gaming has been rapidly expanding around the globe, and China has been an appealing market for developers who are looking to find success through marketing and advertising efforts.

As the world’s single largest mobile gaming market, over 90% of China’s 685 million gamers play on their phones, and mobile game revenues account for 75% of the gaming industry’s total.

China has become a major opportunity for Western app developers, but the cultural challenges associated with entering, however, are just the tip of the iceberg. As with any market, truly understanding users is paramount to gaining market share and staying relevant.

Here’s what you need to know and some of the top tips to ensure one’s ad creatives are successful in China.

The culture of mobile games in China compared to the US

There are a number of stylistic and cultural differences between the kinds of games that Chinese and American users choose to play. Traditionally, Chinese players gravitate towards mid to hardcore games such as Genshin Impact and Honor of Kings, which consistently top the app store charts. On the contrary, US gamers typically prefer hypercasual or casual games such as Kaiju Run by Homa Games and Fat 2 Fit by Voodoo.

Hypercasual gaming has recently boomed in China, stemming from Tencent’s recent investment in Voodoo and Chinese users’ ability to play many hypercasual games, dubbed ‘Mini Games’, within WeChat, a Chinese multi-purpose messaging, social media and mobile payment app. This in turn has recently opened doors to a massively diverse audience and a multitude of new ad formats to test.

The explosion in hypercasual gaming in China now accounts for as much as 30% of all game downloads. Western developers from Europe and the United States have begun to see success in China partially due to their ability to correctly localize creatives, working with local creative studios to identify the ad formats Chinese users respond to the most. As a result of this, a heavy importance has now been put on creatives that quickly resonate with the user making localization extremely important.

Where do Western advertisers fall short in China?

Mobile gamers in China are extremely different from their American counterparts, and it’s very important to understand China’s gaming sphere separate from all other APAC countries. Chinese gamers gravitate towards games that include Chinese designs, music, themes and other sensibilities.

The overall gaming experience is extremely important to the Chinese player. As a testament to this, it is not uncommon for Day 7 retention to be higher than other developed markets. This can be attributed to Chinese publishers recognizing that the ability to interact with others is a key sticking point for gamers.

Chinese marketers also rely heavily on local influencers, known in China as Key Opinion Leaders (KOLs), to showcase games and teach users how to play. Unlike the US, in China, there has been a huge growth of social gaming, where established social media platforms work with influencers to create a hybrid of social media content and mobile gaming. While it’s catching on in the West, it’s not yet seen on the same scale.
In addition to this, it’s important to understand the domestic social media landscape and how each platform fits within each demographic in China.

A perfect example of this is Kuaishou, a short video sharing platform, similar to TikTok, which is extremely popular in Tier 3 and 4 cities — those with less economic drawing power compared to Beijing or Shanghai. Kuaishou sees the majority of platform ad spend from gaming advertisers. This is because there is a huge demand for claiming users in these up-and-coming cities.

Another interesting element Chinese users are accustomed to is a large amount of on-screen text. Bullet comments are a go-to element in Chinese video streaming apps like Bilibili and have slowly made their way into mobile games and creatives. It’s an easily overlooked ad element that has the ability to help Western advertisers increase engagement in the Chinese market.

Chinese publishers have also recently adopted Unreal Engine 4 as a new, innovative format to develop rich, immersive games. Beyond its popularity amongst game development, Unreal Engine 4 has started to make a splash in the media buying space with its high-quality video ads.

Chinese advertisers have adopted UE4 ads which has allowed midcore to hardcore games to test and iterate ad creative sets at a richer level in less time.

Many of the top ten Chinese game developers such as Lilith Games develop UE4 ads for the APAC market including China and Japan. As Chinese developers begin to enter the global market and gain the upper hand in some categories such as simulation and strategy games, new competition has emerged in the global media buying market.

It would be wise for US competitors to look at these innovations and strike while the iron’s hot, especially as RPG, strategy and simulation games become more popular in the US.

Where does China lead the way?

There are big differences in how each market’s gamers are converting, staying engaged and paying. While Chinese mobile gamers mostly play games that are free to download (monetized through IAP or a IAP+IAA hybrid model), they are some 20% less likely to convert to paying players than their US counterparts.

Despite this, and the fact that Chinese gamers spend less per transaction, their overall spend is higher than in the US. Additionally, Chinese users spend 48% more time per session, which means that for free-to-play games with ad-based monetization, there are more opportunities for players to view and interact with ads.

Tech giants such as Tencent have developed strategic foreign investments in many free-to-play gaming companies like Voodoo, Riot Games, Supercell and Epic Games which, in part, has contributed to Chinese gaming titles now accounting for roughly 20% of revenue on US app stores. As a result, these developers have the unique ability to localize and market to the Chinese audience at a larger scale than ever. 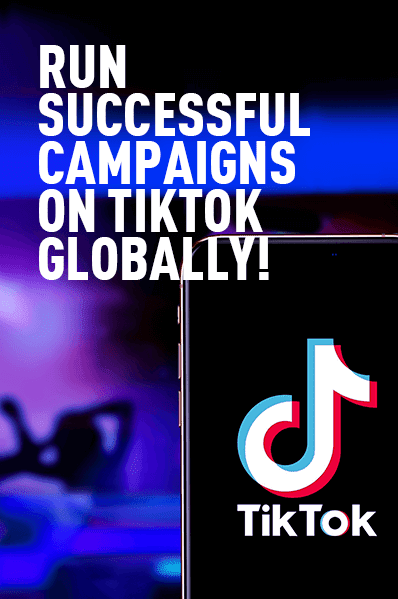 Check out our TikTok solutions here and get our exclusive TikTok guide. Get in touch with our team today to get creatives that click, and find the best strategies for your TikTok campaigns.

Why Influencers are the Future of Marketing in the Asia-Pacific
Suki Lin looks at how brands can leverage the evolving influencer landscape to develop and execute more effective campaigns.
2022-09-22
Mid-year shopping sales: Effective marketing strategies for SEA e-commerce
Brands only have a small window of opportunity during Southeast Asia’s mid-year shopping season, and Nativex’s Suki Lin examines the ways marketers can develop more effective campaigns by observing consumer behaviour.
2022-07-14
Tailoring marketing strategies for Ramadan
Every year Ramadan comes as a landmark event for Muslims across the world. How brands can connect with Muslim consumers and deliver impactful campaigns during this holy month?   Every year, Muslims all over the world observe Ramadan, a month-long period of fasting, prayer and reflection – and a unique demographic of this size also ...
2022-06-08
Driving consumer engagement with short-form content
The senior regional director at Nativex on the appeal of short-form videos and how brands can incorporate video content into their creative marketing strategies.   In APAC, a renowned mobile-first region, the popularity of short-form, mobile-friendly video content has skyrocketed in recent years. Considered easily digestible, immersive and engaging, more consumers are spending time watching ...
2022-05-18
Share