Jonathan Chan is the Nativex US Sales Director. Based out of his hometown in San Francisco, Jonathan has previously worked for media agencies in New York and San Francisco as well as China’s leading tech giant, Tencent.

China’s complex regulations and native cultural nuances always made it a difficult market to enter without partnering with a company like Nativex.

As a result, domestic publishers arguably have had less competition from overseas publishers, which has helped the rise of homegrown talent.

It also can’t hurt to have the backing of publishing giants such as Tencent, NetEase and Lilith Games growing the global audience for Chinese IP.

As a result, we are seeing many more Chinese and APAC gaming brands region feeling confident enough to package and promote their IPs abroad.

That’s not the only reason, either. The recent Coronavirus pandemic is also encouraging Chinese mobile developers and publishers to take their chances abroad to sustain the rapid growth they’ve seen this year.

Mobile consumption, engagement and interactions skyrocketed worldwide thanks to the pandemic and subsequent lockdowns, with mobile developers and publishers seeing positive growth across H1 2020 as a result.

Companies like Tencent won’t want to sit still, and will want to keep that momentum going to make sure Q2 2020 wasn’t a pandemic-related flash in the pan. What better way to grow than to target new, international markets as the pandemic slows?

Chinese publishers are leading the way

PUBG Mobile, for instance, was one of the top 20 highest-grossing games in the US market in Q1 2020 according to Sensor Tower.

Game for Peace is incredibly successful in China, too, but it’s likely Tencent couldn’t have achieved 38 per cent growth in Q2 2020 if the Coronavirus pandemic and international lockdowns weren’t so heavy.

It’s an excellent way to gauge the progress of Chinese publishers beyond the mainland, especially with there being no Google Play in China and the iOS store lagging well behind the enormous amount of different Android stores found on the Chinese mobile market.

App Annie’s 2020 Top Publisher awards show Asian-headquartered publishers dominating the rankings, taking up 27 places in the Top 52 – more than half of the list, and five of their ‘Top 10’ ranks.

Overall, Tencent and NetEase come first and second respectively in the Top 52, proving themselves as trailblazers in the overseas mobile market. Also included in the Top 52 are rising stars such as Lilith, 37games and Yotta Games.

Perhaps most interesting though is the tale of China’s FunPlus, which was ranked 22nd in the Top 52. While being mid-table, it’s the number-one publisher in China when it comes to generating revenues from overseas, according to App Annie. But who are they?

First of all, FunPlus is a client of ours, and Nativex has helped them on their growth journey to become one of the international mobile market’s hottest properties.

FunPlus has actually been around for over a decade, but is known in China as a smaller publisher. (In fact, quite a lot of publishers would be regarded as smaller due to the sheer dominance of Tencent and NetEase at home.)

Being a smaller publisher and having limited space at home, FunPlus decided to focus a lot of its attention on international markets, and has managed to attract over 100 million players from over 200 countries as a result.

Nativex helped them do that with our specialist data-collection and analyst tools, to build creative campaigns targeted to new international audiences that would become long-time brand advocates and boost their growth potential.

FunPlus’s library of games includes King of Avalon: Dragon Warfare, Guns of Glory and State of Survival. Some of Its games have a distinctly ‘western’ style and are incredibly engaging; King of Avalon, for instance, is based on the legend of King Arthur and the Knights of the Round Table.

Launched in 2016, King of Avalon had grossed more than $380 million outside of China by August 2018, with 42% of the game’s revenue coming from the United States.

FunPlus’s approach has seen its games especially embraced by the North American and European markets, helping it to quietly catch up to its competitors financially and climb the Top 52 rankings while staying relatively small at home.

FunPlus’s approach of making something highly-engaging which is also culturally relevant to the foreign markets the company is targeting has been key to its success and is something that western developers and publishers looking to enter China need to take note of.

Language and cultural nuances vary widely throughout China, and those that adjust their IP accordingly should see greater adoption by Chinese mobile audiences.

Nativex can help you find them new markets and produce effective data-led campaigns to turn players into long-term brand advocates and fans of your IP. Contact us today to find out more.

How Nativex is helping Dragon Raja take over the world

Nativex has also worked with Zulong Entertainment to not only promote one of its leading mobile titles – Dragon Raja – across China and abroad, but to also get them highly visible returns on their investment with us.

Dragon Raja is a beautiful-looking mobile 3D fantasy MMORPG, based on a best-selling Korean novel. Created in Unreal Engine 4, Dragon Raja won ‘The Most Anticipated Game award’ at Unreal Open Day 2019, and ‘The Best Game For 5G’ at The 16th IMGA.

Nativex partnered with Zulong Entertainment to run cross-regional promotions in Europe, Canada and the United States.

Using our tools to collect the right data and perform intricate market analysis, we found that the three best features of Dragon Raja that would drive the most engagement included its 3D effects, its character customisation tools, and its combat mechanics. 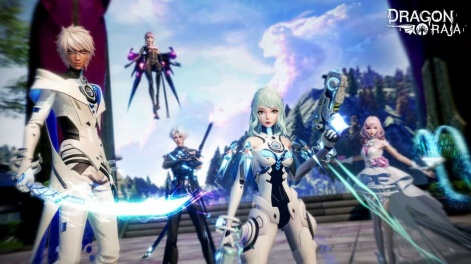 Focusing on these three elements, we create a variety of creative marketing campaigns and A/B tested them across different platforms.

The most successful campaigns centred around the character customisation elements, so we focused on creating campaigns that featured a wide variety of character faces and costumes across the game’s different levels to boost ROI.

This was done after seeing the returns for particular keywords including ‘anime’, ‘JRPG’, ‘RPG’ ‘esports’, ‘Twitch’ and others to pair the best-performing campaigns with the right audiences (Snapchat has a larger female user base than Twitter, for example).

Our tests also showed that Snapchat and Twitter were the channels that provided the highest ROI. We created different creative campaigns for each demographic across both channels; for instance, we provided anime-style cutscenes for anime-lovers, and more romantic-style ads for female fans.

The results were incredible across all our three international target territories, with Dragon Raja downloaded 2.7 million times 30 days after the game’s launch abroad.

Our data-led approach and ability to match strong creatives with different international audiences is the best way to see highly-visible returns. Contact Nativex today to find out more.

While FunPlus and Zulong Entertainment focus on generating mass-market attention outside of China with their games, Tencent and NetEase are entering global markets in entirely different ways.
That’s not to say that they aren’t doing well with their games abroad; far from it.

But Tencent and NetEase have the manpower and financial capacity to get footholds abroad in other ways – namely in acquisitions.

PUBG Mobile was the top-grossing mobile game worldwide in July 2020, and Tencent is reinvesting that revenue in new ways so they don’t stand still in a post-pandemic world.

There’s an excellent list on PC Gamer of just some of the global investments and acquisitions Tencent has made so far, including 5 per cent stakes in both Ubisoft and Activision Blizzard, attaining 84 per cent of Finnish developers Supercell and putting an undisclosed investment into Japan’s Platinum Games.

The latter two investments show that Tencent is targeting its acquisitions very carefully, and wants a foothold in a variety of global markets instead of just hoovering up the next shining lights in the development game.

The approach is very measured and shows how seriously China is taking the global mobile gaming economy, and how important a global approach is to eastern developers and publishers post-Covid.
It’s not just China’s games that are taking the world by storm, but a shrewd sense of how the international mobile market works, too.

Nativex helps developers and publishers find new global audiences with data-focused creative marketing techniques and tools. We’d love to hear from you at Nativex – contact a member of our team today to find out how we can help accelerate your growth in new international mobile markets. 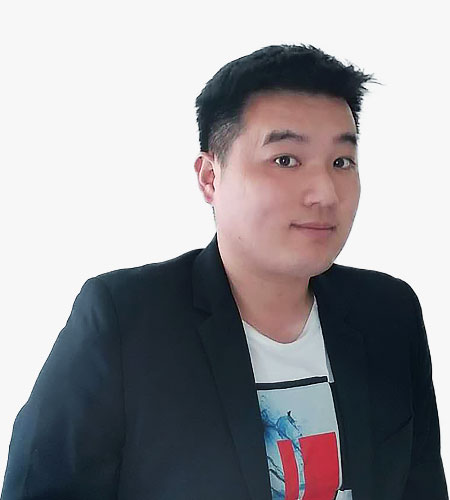 Jonathan Chan just joined last month as Nativex’s new US Sales Director. Based out of his hometown in San Francisco, Jonathan has previously worked for media agencies in New York and San Francisco as well as China’s leading internet service provider, Tencent. Fondly passionate about the global media marketplace, Jonathan hopes he can bring his knowledge of many client verticals across branding and performance campaigns to the growing US operation.

Driving consumer engagement with short-form content
The senior regional director at Nativex on the appeal of short-form videos and how brands can incorporate video content into their creative marketing strategies.   In APAC, a renowned mobile-first region, the popularity of short-form, mobile-friendly video content has skyrocketed in recent years. Considered easily digestible, immersive and engaging, more consumers are spending time watching ...
2022-05-18
The Hyper-Casual Game: Opportunities And Challenges In Asia-Pacific Amidst An Evolving Landscape
With over 1.5 billion gamers in Asia-Pacific, the region is widely recognised as one of the world’s leading gaming powerhouses, and growth is set to continue, especially on mobile – with 62% of the region’s population expected to subscribe to mobile services by 2025. On mobile platforms, hyper-casual games have experienced a spike in popularity throughout much of the pandemic, with ...
2022-04-08
Leveraging Creative Strategies On TikTok To Reach Hyper-Casual Gamers In Vietnam
In recent years, Vietnam has exponentially risen in prominence as a highly connected market and one that holds immense potential for all manner of brands and advertisers. In a population of 97.75 million, just over 70% of Vietnamese are internet users and an even higher percentage of 16 to 64-year-olds own a smartphone. Beyond the country’s robust digital and mobile penetration, close to ...
2022-04-08
How brands can seize opportunities in e-commerce in SEA amid pandemic recovery
Beyond continuous innovation and cross-channel engagement, it has become clear that brands have to prioritize authenticity when connecting with their consumers. Despite continuing popularity, e-commerce and social commerce platforms can no longer just rely on product offerings and pricing to win over customers warns Suki Lin, senior director for Asia Pacific at Nativex. The pandemic ...
2022-03-03
Share