A couple of years ago, Amazon Kindle asked Nativex, one of its app monetization partners, to strike hypercasual game publishers from its media plan.

But Nativex demonstrated that the hypercasual audience is primarily female and 25+ with a predilection for e-reading – and that Kindle campaigns have really good conversions when targeting that audience.

But there is still a tendency for advertisers to stereotype gamers into one homogenous bucket, and this keeps them from spending against what are actually highly desirable audiences.

The fact is, the gaming audience is as diverse as humanity.

“With that much scale, I’d argue that almost every brand in the world has an overlap with the gaming audience,” said Itamar Benedy, CEO and co-founder of in-game ad platform Anzu.io.

Click here for a detailed breakdown of the game audience.

Gamers include everyone from your mom, your millennial sister-in-law and your dad to young professionals, grandmas and your (OK, my) 66-year-old Candy Crush-addicted aunt.

They’re all gamers, even if many don’t consider themselves to be.

Seventy-one percent of moms surveyed by Activision Blizzard, for example, say they play video games – but only 48% identify with the “gamer” label.

This lack of self-identification helps perpetuate the misconception that gaming is mainly the purview of dudes – and keeps some marketers from spending in the category.Jon Hook, now VP of publishing at Polish game studio BoomBit and previously head of mobile at MediaCom, has seen brand bias against gaming audiences firsthand. “I’ve heard advertisers say, ‘It’s just kids in their bedrooms, why would I want to advertise there?’” Hook said.But breaking down the gaming audience reveals exactly why advertisers should want to spend.

The gaming audience can most easily be segmented by genre, platform and type of gameplay. 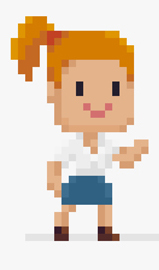 “The notion of a gaming audience is evolving to mean what people play and what they’re engaging with as opposed to what type of gamer they are,” said Dan Barnes, COO of game publisher N3twork, maker of role-playing puzzle title Legendary: Game of Heroes.

Here’s a handy classification system for marketers trying to get a handle on the gaming audience:

Casual mobile games: Casual games such as Candy Crush and Angry Birds are targeted at mass audiences and generally have an even gender split of players between 18 and 35. They’re relatively easy to pick up and addicting, the sort of game that’s played in relatively short bursts while commuting or waiting in line at a store.

Hypercasual: If casual mobile games are lightweight and addicting, hypercasual games are even more so. They’re free to play, designed for any age or skill level and often include games that nearly aren’t even games, such as Perfect Ironing (you iron shirts, that’s actually the game) and Blend It 3D (you blend virtual fruit smoothies, that’s it). 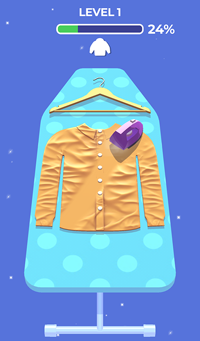 Players in this category generally don’t classify themselves as gamers. Compared with other app categories, people who play hypercasual games are more likely to be female and non-white, according to InMobi.

Mobile midcore: Midcore games require more strategy than casual or hypercasual titles and usually appeal to people with a taste for video games who no longer have as much time to play. Multiplayer games such as Game of War and Clash of Clans typify the category and tend to have longer retention curves than casual games.

There are advertising opportunities in midcore games – offer walls, rewarded video, playables and the like – but the majority of revenue still comes from in-app purchases, although many midcore developers are starting to diversify their monetization mix.

Players tend to be male. According to game analytics company GameRefinery, over 70% of those who play strategy games are men and of those, nearly half (47%) are between 25 and 44.

Most console games allow for some form of in-game advertising. But immersive experiences, such as those on offer in Animal Crossing: New Horizons, are an opportunity to get a little more creative. Luxury brands, including Highsnobiety, Marc Jacobs and Valentino, for example, all recently created their own virtual Animal Crossing clothing lines for players to dress up their avatars.

Nintendo has sold 55.7 million Switch and Switch Lite consoles to date, 20 million in the past year alone, driven in large part by the success of Animal Crossing, particularly during the coronavirus lockdowns.

PC games: PC, or personal computer, games, are a form of video game that usually attracts gamers with a hardcore streak, because they’re willing to buy the hardware, said Anzu.io’s Benedy, who noted that the category largely skews male and affluent – buddies looking to have fun playing Dota 2 on the weekend.

But women play PC games, too. Thirty-eight percent of moms who game told Activision Blizzard that they play PC and laptop games on a daily basis.

There are ad tech vendors that allow advertisers to serve programmatic in-game ads into PC titles. Anzu.io, for example, has an SDK that can convert any object within a video game – the side of a car, a billboard in the background, a character’s T-shirt – into a potential ad placement opportunity. 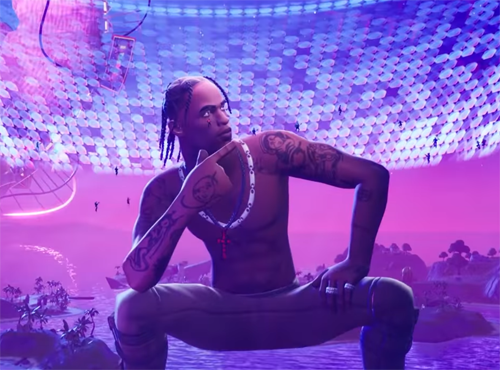 “The average age is between 20 and 40 years old,” said Jens Hilgers, a founding partner of BITKRAFT, an investment fund dedicated to esports. “Compare that with the MLB, for example, where the average age is 57 and getting older.”

But there’s also a lot of nuance to the esports audience. “Esports is a buzzword right now, and a lot of people think it’s a blanket term – but it’s not,” said Nico Amantia, a senior account executive with Scout Sports and Entertainment, a division of Horizon Media.

Some esports fans watch livestreams of competitive video gameplay on Amazon’s Twitch, Microsoft’s Mixer or other streaming platforms as a form of entertainment. Others watch because they’re trying to improve their own gameplay. The more hardcore fans will actually attend live, physical esports tournaments.

The type of consumption has a bearing on how a marketer should communicate with this audience. And so does the specific game title, Amantia said. There might be some crossover here and there, but hardcore League of Legends fans probably aren’t watching Call of Duty, and vice versa, he said.

The same goes for Fortnite, which is in a category all its own. If marketers want to reach Gen Z, they need a Fortnite-specific strategy, said Jeremy Greene, CEO of Mojichat, a tech startup that helps streamers monetize using 3D animated emoji.

Not every brand can host a Travis Scott concert in Fortnite that draws in 12 million viewers, as Nike did in April, but that’s how brands need to think about reaching this audience, Greene said.

“The Travis Scott thing was one giant ad for Nike, but people were into it because it also felt authentic,” he said. “Some people might still think that gamers are just nerdy kids, but they’re actually influencers – tastemakers – and that’s only going to grow.”

Tiffany Ou is a seasoned mobile advertising professional, bringing over 17 years of industry experience to her clients. Tiffany has been General Manager, Americas at Nativex for two years and leads the go-to-market strategies for leading game and app developers. Prior to Nativex, Tiffany managed multi-channel advertising projects at a number of major advertising agencies.