Emerging platforms: what is Joox and why it is more than just a music streaming app 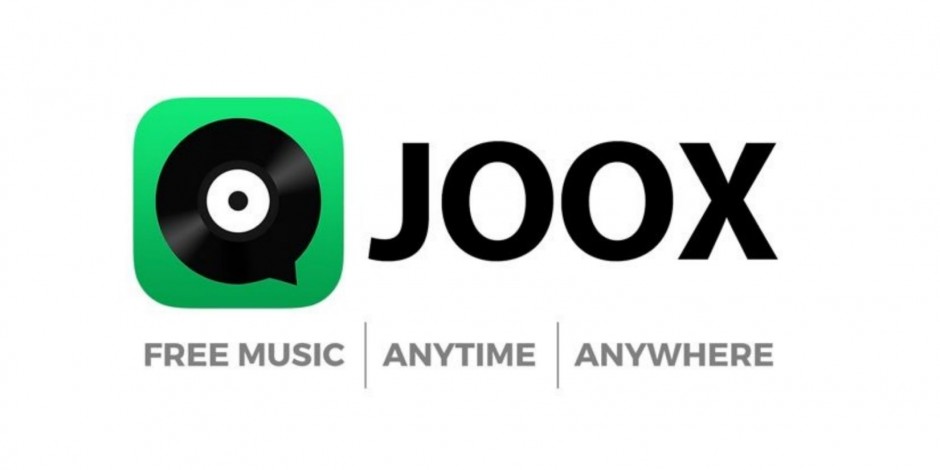 This is a new series with a focus on explaining emerging platforms born in the Asia Pacific to the rest of the world. The Drum will look at what are their differences and similarities with their counterparts, explain what kind of ad formats are available to brands on the platforms and how brands can monetize.

A music streaming service owned by Chinese entertainment giant Tencent, Joox was launched in 2015 and amassed over 50 million downloads in 2017 and recorded over two billion streams in the same year.

Available as an app accessible from mobile and desktop, the platform is a freemium service with a library of about 30m songs that are free, some songs are only available for premium users. There is a wide range of songs available across different languages to cater to the local market, apart from English songs.

To appeal to the distinct tastes and preferences of users, Joox has embarked on innovative partnerships in specific Asia Pacific markets. For example, as 46.1% of music streaming users in Malaysia use Joox, the platform announced the launch of Joox Originals in the country in 2020.

This series of music crossover projects aims to build support for the local music industry by facilitating collaboration between Malaysian singers and songwriters to produce original songs.

Advertisements on Joox come in the form of splash ads, banner ads, campaign-style ads as well as audio ads. Users under a paid subscription service are able to listen to songs ad-free, skip songs at their discretion, and gain access to offline listening via song downloads.

Various consumer brands have leveraged Joox as an advertising platform, including F&B companies such as Coca-Cola and Tim Tam, as well as retail and lifestyle brands Fendi, Dior and Oppo.

The platform has a significant market share in Asia, accounting for more than 50% of all streaming app downloads in its respective Asian markets.

According to a McKinsey study in 2016, the platform was the biggest music streaming app in Thailand, Hong Kong, Malaysia and Indonesia, and accounts for over half of market share in Thailand (56%) and Hong Kong (54.7%), demonstrating notable scaling and growth in a short period of time since its launch in January 2015.

According to Irene Yang, managing director at Nativex, the platform aims to differentiate itself from other streaming services by providing hyper-localised content in its key operating markets.

“Alongside offering local artists a streaming platform for their music, Joox also connects with local audiences via its unique original podcasts. In 2019, the brand launched Joox the Series in Indonesia – a set of audio shows featuring up and coming local stars and filmmakers,” she explains to The Drum.

Joox has also turned to gamification to focus its attention to the social and fan economy model, which has started to play a significant role for the platform in terms of user engagement.

He claims the performance has been impressive so far as the volume of Joox Coins given out has increased by 522% the past 12 months.

“Joox users can also sing karaoke, watch live, share their favorite song list, record and post videos, send gifts and interact with their idols via the Kfunction. In 2019, more than 10m karaoke songs were sung on Joox across five markets in Asia, which is equivalent to 20 karaoke songs sung every minute on average,” he says.

“Users can also do live streaming, sharing their favorite music/ songs to gain fans and followers and earning Joox Coins and gifts from their followers. To keep our users constantly engaged, the platform offers all-around music entertainment, including music streaming, karaoke singing, watching livestreams and interacting with your beloved idols and fellow Joox users.”

Other exclusive livestreams include the hottest music shows across different regions in 2019 such as “Winner Everywhere Tour Encore In Seoul”, “iKON Continue Tour In Seoul”, “M countdown” in January, as well as Korean Talent Show “Produce X 101” in May.

A large part of Joox’s popularity with millennials and Generation Z stems from its interactive interface and shareable content. The Joox platform’s karaoke function not only streams lyrics while songs are played but also enables users to save these on customisable “lyrics cards” with images of the user’s choices to be shared on social media. This builds engagement by enabling interactions with like-minded individuals in the community.

Yang notes amid the current coronavirus (Covid-19) developments and widespread efforts to enforce social distancing across the globe, consumers are also turning to connectivity-based apps and services for effective and safe forms of entertainment.

For example, platform insights have revealed that the average Joox desktop login rate has increased by approximately 30% in Hong Kong, since telecommuting has become commonplace. Additionally, the same insights reveal that K-function usage has increased by 25% – perhaps owing to the ease and comfort of singing karaoke in the privacy of one’s home.

“During this period, Joox has also launched in-market initiatives to engage with users – for example, the 100% Free Music initiative in Indonesia allows listeners to stream most Indonesian songs for free, as a result of a collaboration with record companies in the country,” she explains.

“The Joox Covers program, also in Indonesia, sees influencers and celebrities cover nostalgic songs from the past. Both of these come at no charge to users, and are intended to provide easily-accessible entertainment and relief during these times.”

What is Joox’s equivalent in the West?

The platform is commonly compared with Spotify given their similar business models as both are streaming services that operate on a freemium model. Most features on both platforms can be accessed free of charge, and users are also able to enjoy other benefits via a paid subscription.

However, there are differences in how advertisements are served on JOOX and Spotify. Joox focuses on interactive ad formats through splash, banner and campaign-style ads. Campaign ads are customised to suit varying brand requirements.

For example, Joox partnered with Coach designers to create a branded ‘skin’, downloadable by users as a backdrop to customise their mobile devices while playing music.

In contrast, Spotify primarily utilises banner ads on its platform homepage, as well as 15 to 30-second audio ads that are occasionally accompanied by a clickable campaign image.

“A key difference between both apps is in brand positioning. While Spotify is understood as an audio streaming service, Joox positions itself as a multimedia entertainment app, offering a user interface aimed at enhancing engagement,” Yang explains.

“To that end, a unique function that can be found on the Joox mobile app is its Karaoke function, where users are able to stream song lyrics while music plays. Users are also able to watch live-streaming videos of artist performances, interact with and even send gifts to the respective artists.”

She adds: “While Spotify may have a larger music catalogue than Joox in terms of volume, one of the latter’s key differentiators is its library of local music, which offers a comprehensive range of region-specific music compared to other competitors. Additionally, Joox also curates music selections for each market in the Asia Pacific region, offering unique playlists and collections according to what users prefer to hear.”

How does Joox work with advertisers?

The popularity of Joox with listeners is partly contributed by the seamless integration of ads into the listening and streaming experience that the app provides. Brands looking into advertising on the platform can do so in various formats, from display and content, to performance, branded, and sponsorship campaigns.

Through these means, brands are able to leverage multiple touchpoints on the platform to target users when they open the app, browse the app or listen to the music in its various formats, such as audio, video and image. This will maximise the effectiveness and viewability of ads.

As a platform that is powered by an editorial team and big data, Joox allows brands looking to do performance campaigns to create curated recommendations for users.

This means brands get to create data-driven campaigns, accounting for users’ everyday music choices across languages, geographies, and genres.

“Getting a taste of the hyper-localised and personal recommendations in the form of functions such as access to randomly generated playlists or the dancing lyrics that accompany the song as it plays, gives free users the exposure to such promotion, and hence incentivises them to subscribe to full services, converting them into paid users,” explains Yang.

“For brands looking to do branded campaigns, they can increase awareness among target audiences via Joox’s interactive features, such as hosting a karaoke competition – in turn encouraging users to share branded playlists on their social media accounts or livestream brand-led marketing events.”

A brand that successfully did this was Subway in Hong Kong, who worked with Joox to co-curate a list of songs that evoke emotions for delicious food, as part of the launch of their meatball sandwich.

A feature article created and hosted on Joox that celebrated foodie culture also supported the playlist. The campaign garnered an estimated 30,000 views on the platform within three to four days.

“In-app advertising provides a very good response in terms of click-through rate, even in a conversion such as downloads,” explains Yeung, adding that the platform hopes to collaborate with different brands to leverage its functions, enabling brands to interact with in-market consumers.

“Brands who have been working closely with us will find that the click-through rate and app response rate on Joox have been very promising. We are also aiming to offer international brands a distinctive cross-platform, cross-border brand value proposition, including an easy, all-in-one advertising hub and unmatched access to consumers around the region.”

This means being mindful of consumer habits, and to tailor their marketing strategies accordingly with data insights gathered from these local users.

For example, users in countries such as Indonesia and Thailand tend to be very price-conscious, and hence prefer to use free streaming service instead of paying for a premium subscription.

Understanding such consumer habits would inform how brands would approach the campaign as free users would be attracted to the freemium model, they would be more receptive to viewing video ads, in order to unlock ‘VIP status’ that allows them to listen to and download unlimited songs for free. This helps to increase the viewability of ads.

“While global music streaming giants such as Spotify have a greater range of music to offer listeners, Joox has the upper hand in delivering localised content via local languages, or in sharing lyric cards for local karaoke enthusiasts, which is highly popular in Asia,” she adds.

“Brands can leverage these differentiated functions to create highly customised, mobile-focused campaigns with Joox, and reach out to various local target groups based on their genre or lifestyle interests.”

Consumers will continue to seek out personalised experiences, which means Joox will be able to grow their user base exponentially by continuing to hyper-localise their music streaming offerings to each user, according to their lifestyle and music interests and in their local language.

As more data is collected and used to inform and curate experiences for users, Joox can open up the platform to programmatic buying to successfully deliver personalised, targeted experiences to consumers.

Especially in the current climate of Covid-19, many people are spending more time at home with remote work or e-learning arrangements, accelerating the uptake of music streaming services in 2020, due to the increased flexibility in their work or learning environment.

With more time being spent in their homes, users are also more likely to explore alternative activities that they can do with their family and friends. Joox’s karaoke function can help fulfill this need for activities that families can participate in together indoors.