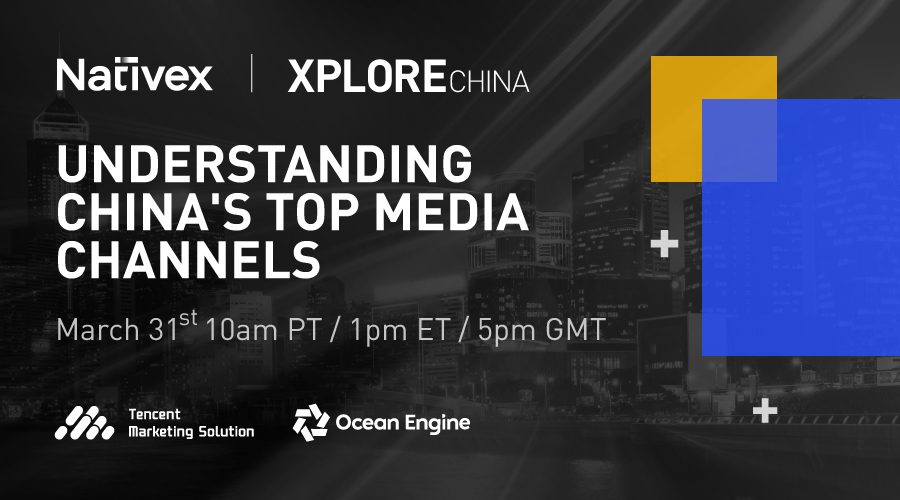 In the latest installment of our XploreChina webinar series, we teamed up with Tencent and ByteDance to deep dive into the top media channels in China and how to build a successful advertising campaign.

As a global top 5 internet company, Tencent has developed a sophisticated advertising platform across all of its top apps including WeChat and QQ. Tencent has extensive coverage across all consumer internet verticals in China, from News and Lifestyle apps to Gaming and Messaging. With more than 1.2 billion MAU, no app is more ubiquitous in China than WeChat. Being dubbed a ‘super-app’, Tencent has been able to build a closed-loop customer journey from awareness to interaction and social engagement to purchase.

Brands have been successful on the WeChat platform, particularly within their ‘mini-programs’ which are essentially a mini-app within WeChat with dedicated spaces for brands to engage consumers. Retailers such as Sephora and luxury brands like Estee Lauder all benefit from utilizing mini-programs for their eCommerce campaigns.

Tencent’s Stephanie Du presented a case study on the fast-fashion brand Zara, and how they utilized the ecosystem to drive sales. Zara utilizes a 4-prong approach to their WeChat campaigns in China. Firstly, it leverages Tencent’s Social Ads to drive acquisition. Following this, it leverages its mini-program to promote its loyalty program, eShop and KOL live streaming. Customer purchases are then done in-app through WeChat Pay and then post-sales support and customer service are handled through Zara’s Official Account. This is a true example of true closed ecosystem marketing and in turn, helps reduce churn that might be seen on other apps.

ByteDance has skyrocketed in popularity over the past few years due to the success of its apps like Douyin and Toutiao. Not only have these apps been successful with users, but advertisers have also been utilizing Ocean Engine – ByteDance’s advertising and marketing platform.

Much of this success has come from the short-form video app, Douyin. Quest Mobile, an established mobile advertising data platform recently reported a 31.5% YoY increase in ad revenue generated by short video apps. Marketers have begun reallocating their budgets to short-video and eCommerce platforms – two verticals with massive popularity in China today.

With 600+ million DAUs and 1.1+ million creators, Douyin gives brands huge room for growth, especially amongst a younger, digitally-savvy audience. Similar to Tencent’s WeChat, Douyin also has a high penetration amongst all tiered cities throughout China which means large swaths of untapped demographics aren’t excluded as you might see with other, more niche apps. Douyin excels with story-telling and lends itself to promoting your product through influencers, known locally as KOLs.

Livestream takes center stage when we discuss KOL marketing on the platform. KOLs such as Li Jiaqi a.k.a. The Lipstick King, pull huge numbers and are a focal point of Douyin’s app functionality. 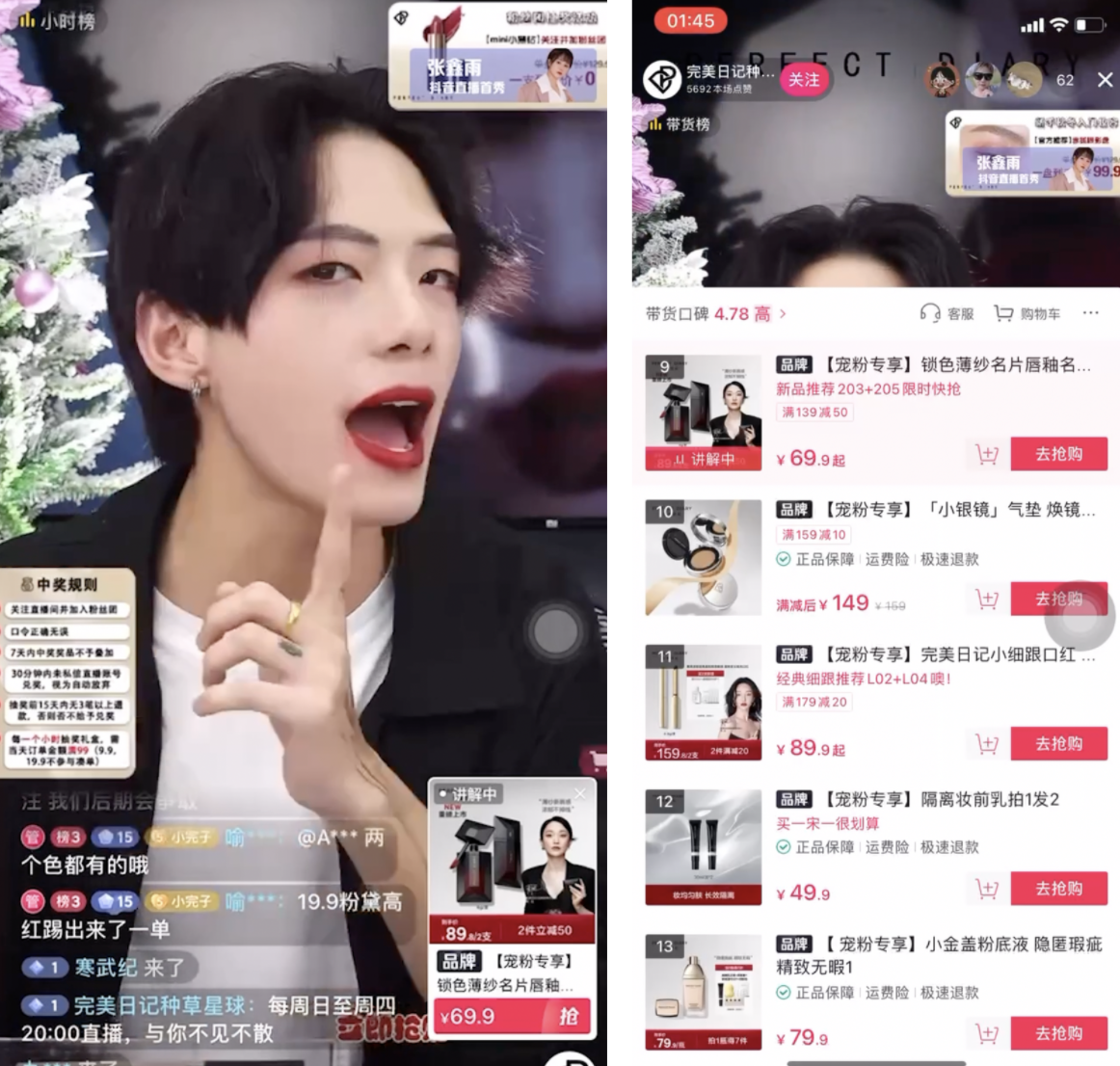 Ocean Engine itself has extensive reach across its audience network including apps like Toutiao and Xigua Video. With this, the granular targeting and optimization process is now refined.

Read up on how we helped recently helped the dating app, Yidui, boost user downloads through Douyin KOLs.

XploreChina by Nativex is your one-stop mobile marketing solution designed to help you achieve success in the Chinese market. As the only China-based agency to offer acquisition, monetization, and creative services at scale and across multiple verticals, we provide you with a wide range of transparent tools and solutions tailored to all lifecycle stages. Contact the Nativex team today to learn more about our end-to-end marketing solutions in China and across the globe.

CHINA TECH EXPRESS: TIKTOK AND DOUYIN EARNINGS, DOUYIN PRODUCT UPDATES & BYTEDANCE’S FORAY INTO APAC
1. ByteDance’s Douyin & TikTok Earn over $258 Million in February According to a report released by Sensor Tower on Thursday, in February 2022, TikTok and its sister app Douyin earned more than $258 million in the global App Store and Google Play, twice as much as the same period last year, once again ranking ...
2022-03-15
YIDUI SHARES ITS SUCCESS IN KOL MARKETING: GROW BEYOND YOUR EXISTING AUDIENCE
Amid the meteoric rise of short-form video and live-streaming platforms, KOL marketing has turned from a nice-to-have to an essential for all digital advertisers looking for brand recognition and a boost in user traffic. Key Opinion Leaders (KOLs) have a deep grasp of content, their audience and wield significant influence, particularly when it comes to ...
2022-03-15
China Tech Express: NetEase & Alibaba Financial Results, Kuaishou Updates & Tencent Pledges Carbon Neutrality
1. NetEase Reports Q4 & 2021 Unaudited Financial Results On Feb 24th, NetEase, one of China’s leading internet and online game services providers, announced its unaudited financial results for the fourth quarter and fiscal year ended December 31, 2021. Fourth Quarter 2021 Financial Highlights Net revenues were RMB24.4 billion (US$3.8 billion), an increase of 23.3% ...
2022-03-02
Nativex Becomes Official Kwai for Business Marketing Partner
We are excited to reveal that we have joined Kwai for Business as an official marketing partner to help mobile businesses grow globally.
2022-02-22
Share