The Importance of Ad Creative Localization for Gaming Apps in China 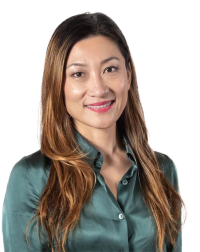 As the world’s single largest mobile gaming market, China has become a major opportunity and challenge for Western app developers. Cultural differences are just the tip of the iceberg for non-native developers looking to grasp the breadth and nuance of the market, and how users interact within it. Understanding the user is paramount in gaining market share and keeping relevant. User acquisition by way of in-app advertising can be in part attributed to the boon of hypercasual gaming in China. As a part of this, it brings a massively diversified audience. It’s for this reason that Western advertisers often overlook the importance of ad creatives and what localization truly means in the market.

As with any market, advertisers should also keep in mind that different genres of games require different styles of creative strategies. Hypercasual games have begun to gain huge momentum in a market known for mid to hardcore gamers. Localizing the right creatives and correctly identifying the best ad format will directly affect your conversions. Since ad-based monetization is crucial to hypercasual survival, these games typically focus on powerful ad creatives for user acquisition (UA). In order to ensure you get the most out of your creatives for your hypercasual game in China, a few “hooks” can be used to outperform the competition.

Explaining gameplay in a few clear steps will help users understand how to achieve the goals in the game. Language localization plays an important role in this method.

Localizing the language to explain the core gameplay mechanics.

Left: how to move the ball to navigate the field;

right: how to move the missing piece to complete the puzzle.

Chinese users are also accustomed to a large amount of on-screen text. Bullet comments are a go-to element in Chinese video apps like Bilibili and have slowly made their way into mobile games and creatives. It’s an easily overlooked ad element that will help Western advertisers increase engagement.

Local marketers also rely heavily on local influencers to showcase the game and teach users gameplay. In China, there has been a huge growth of social gaming, where established social media platforms like Douyin work with influencers to create a hybrid of social media content and mobile gaming.

Traditionally, China was a haven for mid to hardcore games and thus their creative strategies have been hyper-focused. Data shows that playable ads tend to convert better for midcore and hardcore as gameplay is more complex. Playable ads often allow nuanced elements of the game to be showcased through high-quality designs. Essentially, these playable ads serve as a mini-game lasting from 10 to 30 seconds, letting the user quickly experience the core game functionality. With better ad experience, playable ads can help encourage conversions.

Additionally, compared to other ad formats, playable ads show a stronger user acquisition capability in the whole ad campaign. Mindworks data shows interactive ads contributed to 77% of user acquisitions in China on average in the last stage. However, to further improve the ad results, it’s still critically important to personalize (and localize) the experience.

Keson Su, Creative Director of TopWorks, Nativex creative studio, also mentions the importance of short-form video ads. “Building anticipation prior to revealing certain aspects of the game works incredibly well for short video ads in the Chinese market. Usually, a scenario is built around solving the user’s pain points. After that, the game or the gameplay appears on the screen in order to attract attention to specific elements of the game. Finally, we’ll include the call to action such as the app download link (in bright red or gold colors). Combining these elements through fast-changing camera angles will increase the intensity and generally retains the users’ attention for longer, thus increasing engagement and conversions.”

The Culture Of Mobile Games In China

Mintegral & Newzoo’s report on mobile gamers in China shows there are so many differences to be found across the nation when compared against the whole of the mature market in the west. One data point showed 76% of app users like their games to include Chinese designs and themes. We can assume this also translates into the native ad experience.

The report also showed what ads the Chinese gamers preferred and how they were to spend money in-app. This is where rewarded video really starts to excel, especially given its success in hypercasual gaming. 29% would purchase virtual goods to help them progress; 26% would spend to receive special items not normally available in-game, and 23% would spend on items that are just nice to have’. On top of this, 27% prefer ads that double as a reward, while 18% enjoy playable ads. 17% of China’s mobile gamers prefer free-to-play games that contain advertisements.

ISBN and compliance issues aside, a lot of what can be understood about the Chinese gaming landscape comes from a local partner. Your success in such a hyper-competitive market often comes down to what stands out and how to make a splash. Social media and internet trends often find their way into a creative, and understanding the cultural nuance or context is extremely difficult. In addition to this, it’s important to continually invest in and update your ad iterations.  The Nativex TopWorks Creative Studio provides access to both in-house and creative studio partners to help produce high-quality creatives for your campaigns in China or globally, with formats including live-action video creatives, interactive videos, 3D animations, VR videos, and more. 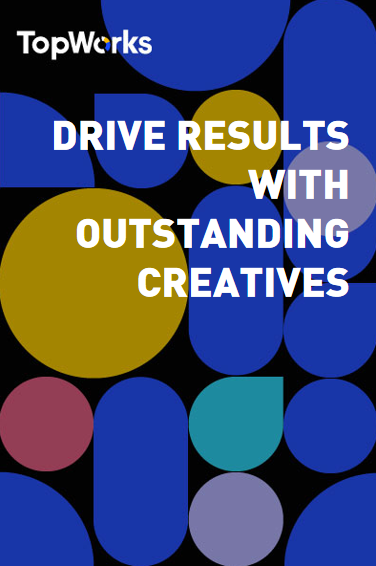 The TopWorks Creative Studio can produce high-quality, results-oriented creatives to boost your mobile campaigns, wherever your target audience is. Get in touch to find out how we can craft the ad creatives that generate visible returns.