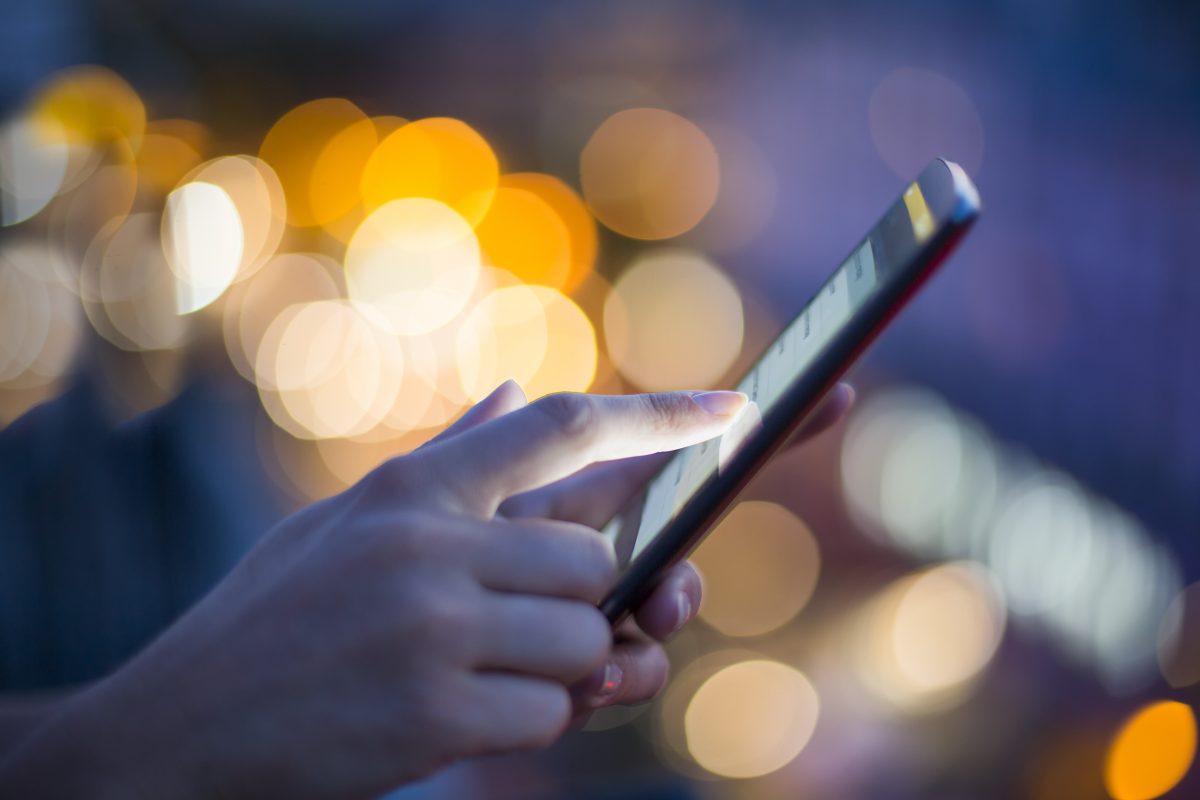 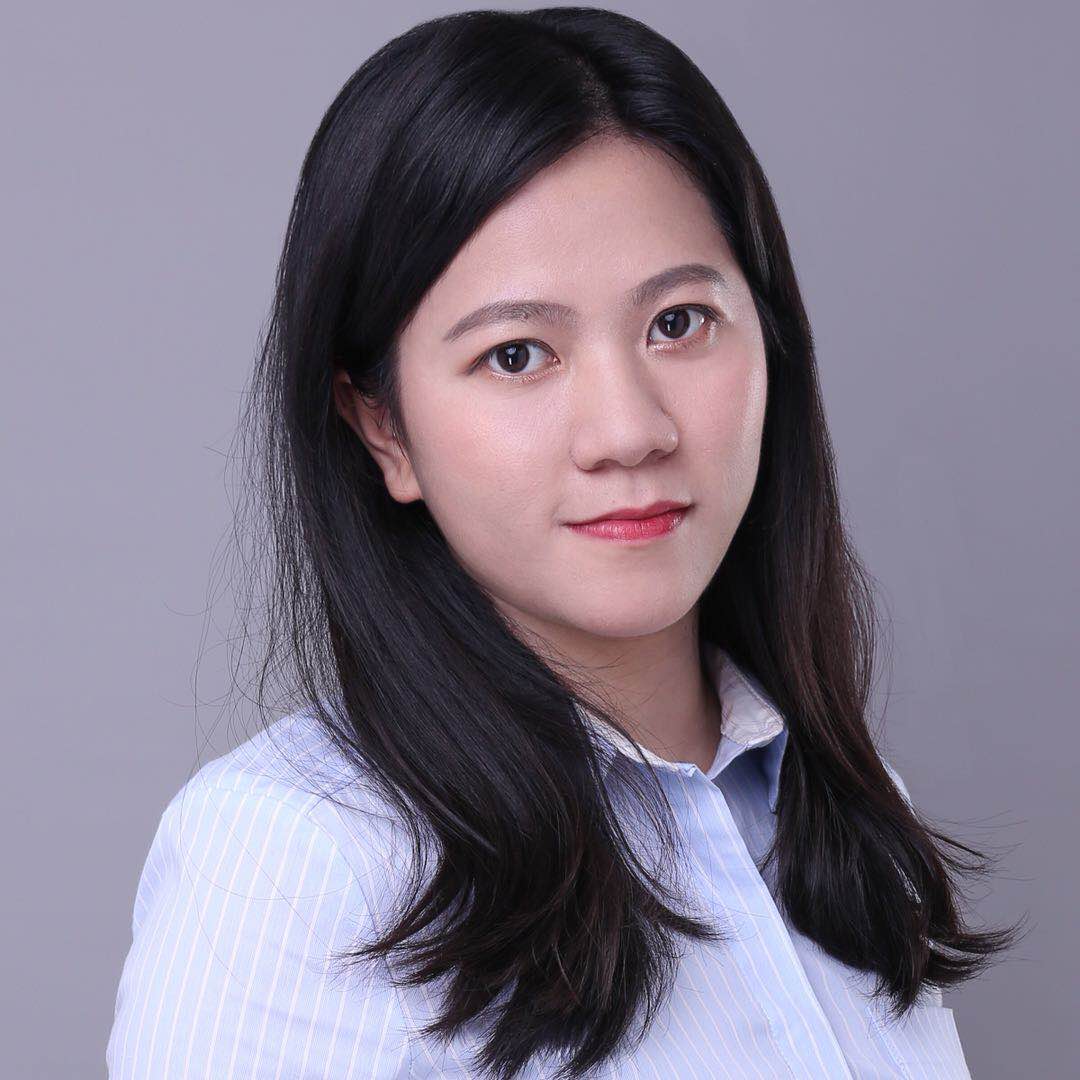 eMarketer recently released a report on the mobile video ad landscape. Breaking Down Mobile Video Ad Spending that took a look at the state of play in the United States – the home of many of the biggest players in the ad tech world.

But what are the mobile video ad trends being fashioned in the United States now? And how are they going to impact the wider advertising industry across the world?

We dive into eMarketer’s report to bring you the four most important things we learned about the present (and future) of mobile video ad spending.

eMarketer states that US advertisers will spend two-thirds of their digital budgets on mobile placements this 2019. A whole 67% of digital ad spending will go towards mobile devices, including mobile phones, tablets and other portable internet-connected devices.

The shift first took place in 2015. The industry went from placing 62% of their ad spend on desktop, laptop and non-portable devices in 2014 to hopping over to spending most of their money on mobile the following year.

And with ads on smartphones now accepted as the central part of any digital marketing campaign, it’s unsurprising that mobile video ads have benefitted from this trend. 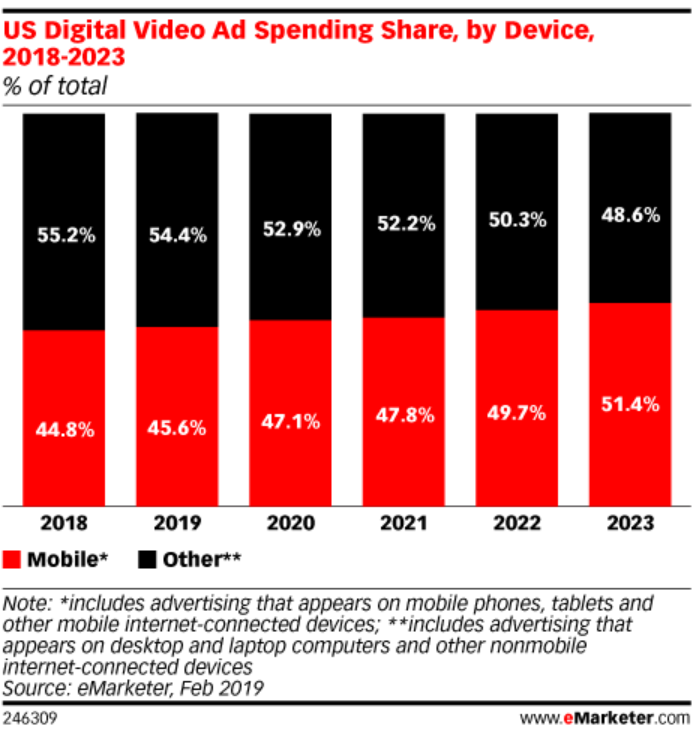 But while mobile video ad spend might be benefitting from the general shift to mobile, it is still not quite the dominant component of digital video ad spend.

Overall, the video ad industry is $36 billion strong. US advertisers are set to spend $16.41 billion on mobile video advertising and $19.59 billion on video elsewhere in 2019. That means only 46% of total digital video ad spend is going towards mobile.

Why is this the case? It’s hard to say precisely. Partly, it could be down to the fact that advertisers spending on digital video ad platforms might be being conservative. After all, you’re more likely to have your advert on Youtube or Twitch viewed properly on a PC or laptop tied to a home internet connection than to mobile data.

But partly, it’s also down to the fact that digital video ad spend is still undergoing the transformation that happened in the wider advertising space.

This suggests that advertisers who invest in mobile video now may be able to get an advantage over their rivals in the US and beyond.

When it comes to video advertising on mobile, the secret to success appears to come on social media.

A whole 93%, in other words almost all, of video ad spending on social video goes towards mobile placements. And most of it is driven by Facebook and Google.

Together they are forecast to make up nearly 60% of digital ad spending in 2019. And with both platforms benefitting from video ad units – with Facebook’s coming in feed and Google’s pre or mid roll on YouTube – the relationship between social and video looks set to remain strong for years to come. 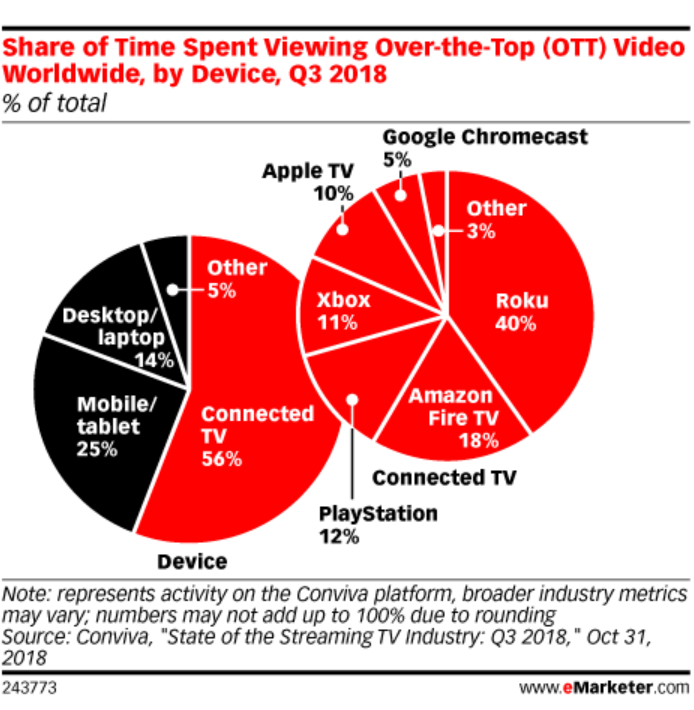 Where is video ad spend on mobile being slowed? The answer, at the moment, is through the over-the-top TV advertising.

Over-the-top TV advertising is dominating the video ad industry. In the final quarter of 2018 connected TV devices are taking 44% of all digital video ad impressions serviced by Extreme Reach. Meanwhile Hulu is expected to gross nearly $2 billion this year in ad revenues.

Could this be seen as a problem for mobile video advertisers? Possibly. However, new developments such as Google’s Stadia gaming platform could bridge the gap between the two.

If over-the-top TV advertising is increasingly powered by mobile apps and connected mobile devices in the US, then ad networks could adapt their offerings accordingly to fit both contexts. This might lead to spend on both channels increasing, as advertisers become increasingly confident their videos are being seen.

Despite the prevalence of mobile devices in the United States, non-mobile ad spend in the US is going to maintain its small but strong hold of the digital video ad market.  However, that is likely to shift in the coming years – with mobile eventually becoming dominant in the early 2020s.

The biggest brake on mobile video ad spend growth is likely to come from leading video streaming services accessed through their TVs.

Over-the-top video services are not going to go away anytime soon as big brands like Hulu, Twitch, Amazon and NBC continue to invest in ad-supported video platforms.

The popularity of over-the-top video services strengthen the non-mobile ad spend figures as people prefer to watch their stream and video content on connected TVs.

However, digital assistants and casting devices are going to make it even easier for users to quickly swipe their videos out of their mobile phones and onto the comfort of their connected TVs.

This could in turn lead to the mobile and OTT space coming together, potentially benefiting both spaces in the long term.