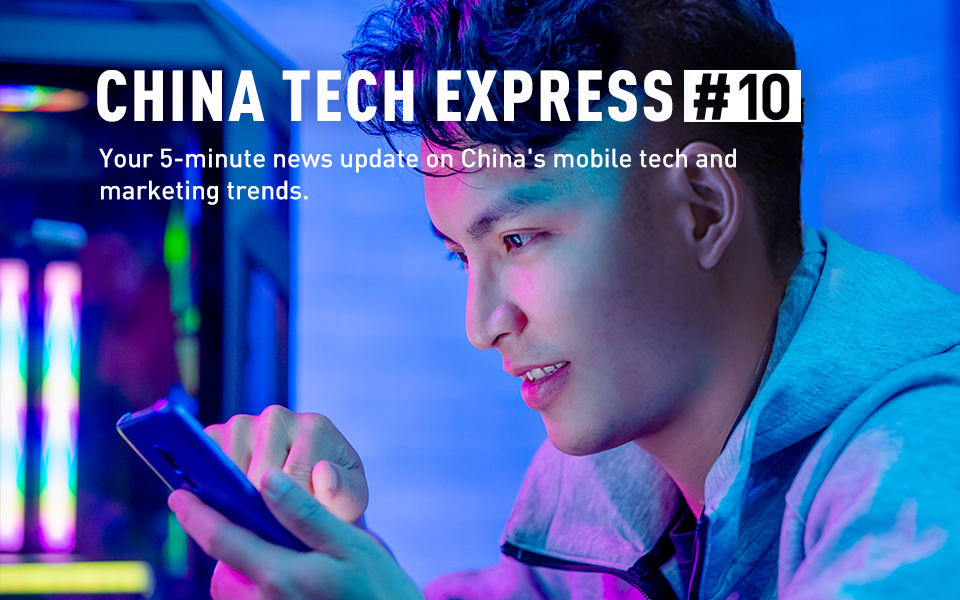 ByteDance’s flagship app Douyin has just launched two new features. The first one is called “Douyidou” and it’s a social feature – this basically allows users to shake their phones to find other people in their area using this feature, which should help Douyin users find new friends locally in a more fun, interactive way. 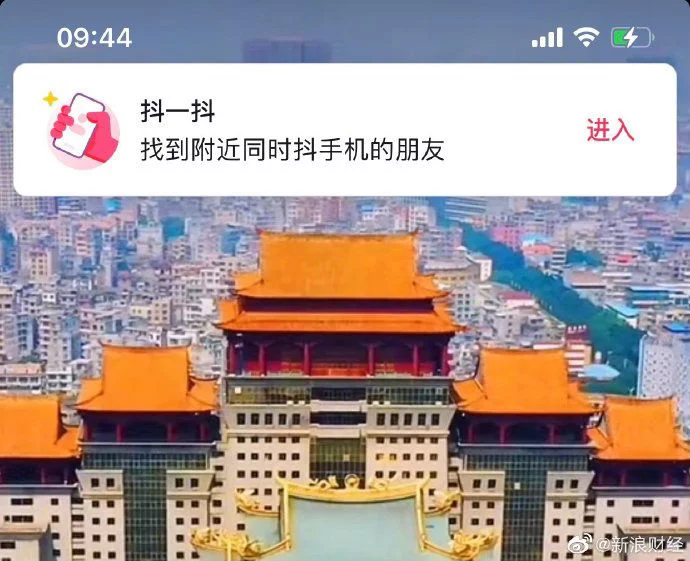 An example of a notification promoting the new “Douyidou” feature

Douyin also launched a UA campaign to boost awareness of this new feature: people using this new feature will be randomly selected to get coupons that they can use on Douyin purchases. 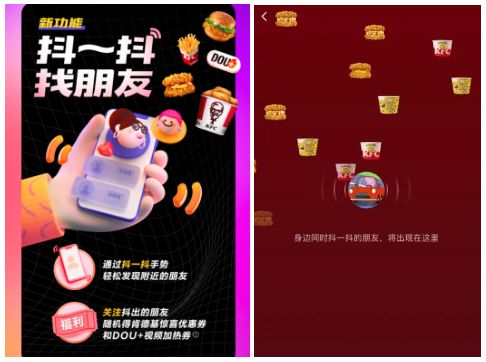 Right: users can get KFC coupons via this new feature

This new feature which is similar to WeChat’s “Shake” seems to be in line with Douyin’s recent plans – if you remember, the app recently added new shopping features and it also launched its own payment method called Douyin Pay.

The second new feature is a virtual “business card” for commercial users on Douyin. This new feature allows small e-commerce business owners on Douyin to display their avatar, name, position, and company name in a more professional way than before. These virtual “business cards” can then be shared in chat which should help with establishing business connections, facilitating sales, and increasing transparency.

An example of a new business card for Douyin commercial users

Douyin’s parent company, ByteDance, is apparently investing significant efforts into building a Music Business Unit. The details are pretty fresh, so at the moment it’s not known whether that means we’ll see a dedicated music app, similar to the recent news that ByteDance is working on an e-commerce app.

What we do know is that ByteDance positioned its flagship app Douyin as a music-based short-form video social platform. With music being a key part of successful short-form video platforms, combined with the fact that music copyright costs and potential issues are growing, it makes sense to see ByteDance make this move.

Another interesting opportunity this new Music Business Unit could open is around music exclusivity: it’s quite likely we’ll see musicians become exclusive music creators for Douyin in the future and start promoting their albums there first.

It looks like China is looking to tackle data privacy issues with a new bill that will address some of the Chinese tech giants’ user data processing practices. Named the “Personal Information Protection Law”, this bill has been submitted for review to China’s top legal forum – a second reading of this proposal is happening this week.

This new bill is proposing new rules for China’s internet users, as well as the country’s internet companies processing their data. This bill will target large companies that manage massive amounts of data across different areas, which basically includes a lot of personal user data.

The draft law would make companies set up independent bodies in charge of seeing how user data is acquired, stored, and used. Another interesting thing is that this potential new law will also require companies to not force users to provide their data, while also making it convenient for these users to withdraw consent around their data being collected.